The Gateway Trade Funding team is dedicated to helping companies get the working capital they need when they need it with integrity, discretion, responsiveness, and creativity. The team has a diverse background in finance, entreprenurialship, retail, and more, enabling us to provide you with purchase order financing and export financing services to help you grow your business. 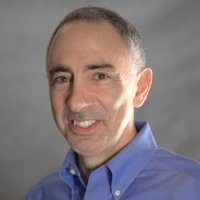 Tom is Gateway’s Executive Vice President and co-founder.  He has more than 25 years of experience in the international trade/purchase order finance market.  He has previously worked with U.S. Bancorp, the Federal Deposit Insurance Corporation and served as a Peace Corps volunteer in El Salvador and Honduras.

A graduate of the University of Massachusetts-Amherst and the Thunderbird School of Global Management, Novembrino has more than three decades of business experience in international markets.

He currently serves as President of SFNet Southern California Chapter. 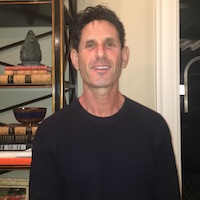 Mark Polinsky is a Principal at Gateway Trade Funding, where he is responsible for business development.

Mr. Polinsky was previously the CEO and founder of VisionTek, an Illinois based manufacturer of computer components. Under his leadership, the firm grew revenues to more than $300 million annually and employed 500 people.

During Mr. Polinsky’s career, he has employed, managed, and worked with COO’s, CFO’s , CIO’s, etc. He has created new products, entered new sales channels, and created manufacturing capabilities oversees in Asia and in Mexico.

Mr. Polinsky has a B.A. in from Michigan State University with honors and a J.D. from DePaul University. He practiced corporate law in Chicago from 1986 to 1988. 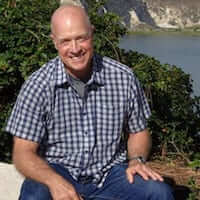 Ned Post is the executive responsible for business development for Gateway Trade Funding for Outdoor Markets. He joined Gateway in December 2015.

Before coming to Gateway, Ned spent more than 20 years as president of Smith Optics, transforming it from a $15 million goggle company to a $110 million global outdoor and lifestyle accessories business. Post spearheaded Smith’s expansion of its sunglass, optical eyewear, winter and bike helmet, and military eye protection businesses.

A Harvard Business School graduate, Post has spent more than 35 years in the international outdoor and sport space, including presidential roles at Scott USA and Wilson Sporting Goods.

Jennifer Eisan, Senior Vice President/Purchase Order Finance, is responsible for the administration of purchase order finance transactions including the issuance of letters of credit, documents against payment (D/P) and wire transfers.

Ms. Eisan has more than 10 years of experience as an export and import specialist.  She has a BA degree from the University of Illinois and has certifications as a Certified U.S. Export & Import Compliance Officer (CUSECO & CUSICO) and Certified ITAR Professional (CIP) at the International Import-Export Institute at Dunlap-Stone University.

Ms. Dore has more than 15 years of experience in the financial service industry, working with another factoring company in several positions and as a Senior Credit Analyst at 1st Source Bank. Prior to joining Gateway, she spent 2-years as a Peace Corps Volunteer in Craiova, Romania. Ms. Dore has BA and MBA degrees from the University of Illinois at Chicago.

Mr. Tang has over 10 years of experience in factoring operations, trade finance, portfolio management, relationship management, and credit risk management. He received an MBA in finance from DePaul University and a BA in management from Purdue University.